By Jeff Anderson on May 22, 2013 from The A Place For Mom Newsletter

May is Better Hearing and Speech Month.  This annual, month-long health observance  helps to raise awareness about hearing loss and communication disorders, while honoring the audiologists and speech-language pathologists who care for people with these health conditions. Because seniors are especially prone to ailments that can negatively impact speech, hearing and understanding, the observance carries special importance to seniors and their loved ones.Read about communication problems related to six health issues that seniors often face, and how elders, families and medical professionals deal with them.

Aphasia is a disorder that impairs one’s ability to use and understand language. The leading cause of aphasia is stroke, and one in four people who have a stroke will develop aphasia according the National Stroke Association. There are several different categories of aphasia, and no two person’s symptoms are completely the same. Many people do recover, at least somewhat, from aphasia, but the Stroke Association says that recovery is not likely when symptoms have persisted for more than six months after the stroke. Speech therapy is the primary treatment for aphasia, although other approaches have been tried as well. One interesting therapy is known as “melodic intonation therapy,” whereby patients are sometimes able to sing words and phrases that they cannot speak.

According to the National Institute of Health (NIH), one in three people over age 60 experience hearing problems, and that figure increases to 50% in seniors over 80. Hearing loss can be most problematic when it’s not recognized. Recent studies have linked hearing loss to dementia, and according to the American Academy of Audiology, untreated hearing loss is linked to depression and social isolation in seniors, so it’s important for seniors and their loved ones to watch out for signs of hearing difficulties. Signs of hearing loss can include listening to the television or radio at unusually loud volumes, frequently asking conversation partners to repeat themselves or speak more clearly, and avoiding social interactions. If you think that you or a loved one may be experiencing hearing loss, arrange a doctor’s visit right away. Audiologists are adept at diagnosing hearing problems, and in recent years hearing aids and other adaptive devices have become more powerful while decreasing in price.

Multiple sclerosis can cause difficulty with both speech and understanding. While MS is typically diagnosed before old age, it is a condition that many seniors live with. Problems with the swallowing reflex which are prevalent among people with MS can cause difficulty speaking, while cognitive problems associated with MS can impede understanding. According to a study published on the NIH website, half of people with MS have communication difficulty. The National MS Society has published an excellent guide to speech problems for MS patients and their loved ones, and includes a number of practical tips. For example, it suggests that MS patients who are struggling with their speech use a recorder (and today’s smart phones enable this capability) to help themselves learn to correct their speech. The document also reminds family members to keep an eye out for communication problems in loved ones with MS, “A person with MS may not notice his or her own speech problems. Many times a family member of physician brings it up.”

Commonly referred to as Lou Gehrig’s Disease in the U.S. The average age for an ALS diagnosis is 58, and it’s a progressive, disabling disease that can cause weakness, muscle atrophy, difficulty swallowing and difficulty speaking. There is currently no cure for ALS, and as the disease progresses, communication can become more labored. ALS patients can work with speech language-pathologists and occupational therapists to mitigate speech problems, although when patients lose their ability to speak altogether, adaptive aids can be helpful. For instance, the famous physicist, Stephen Hawking, age 71, uses a computer that he controls with his cheek muscles to communicate.

Parkinson’s disease affects about 1% of seniors over 60 in the U.S. In Parkinson’s patients, damage to a region of the brain called the basal ganglia often causes speech problems. These problems can manifest themselves as voice changes, problems with articulation, and reduced fluency; although it’s usually not until the later stages of the illness that these problems can cause the sufferer to become unintelligible.  An NIH document describes three general treatments strategies for the speech problems caused by Parkinson’s.

Alzheimer’s disease and other kinds of dementias can greatly hinder communication and understanding when areas of the brain responsible for speech and comprehension are damaged. While Alzheimer’s and most other common kinds of dementia are progressive and incurable, sometimes therapies can, at least temporarily, improve communication skills among people with Alzheimer’s and dementia. For example, a new dementia therapy called TimeSlips involves prompting seniors with Alzheimer’s and dementia to open up through storytelling. In a TimeSlips therapy session described by National Public Radio, patients were given a photo of a gentleman water-skiing and asked to tell a story: “Many of the people in this group don’t talk much on their own. But their enthusiastic about making up a life story for the water-skier — he’s a retired guy who’s been divorced several times. He’s got four children and a wife onshore, waiting to be taken out to dinner.”

Because Alzheimer’s and dementia are irreversible, people who are speaking with someone who has Alzheimer’s or dementia must be prepared to adapt their communication patterns to the situation. An article published on our blog last year has a list of tips to help communicate with someone who is suffering from dementia. For instance, nonverbal cues such as smiling and maintaining eye contact can be especially helpful when talking with a senior who has Alzheimer’s or dementia. 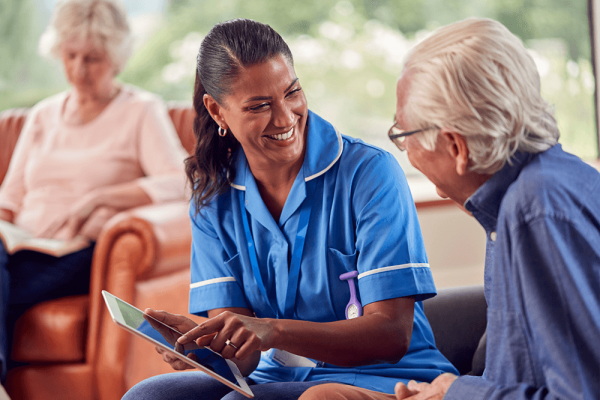 Peristyle Residences: Staying Ahead of the Curve in Senior Care With Modern Technology

Technology has become an integral part of our daily lives. Nearly every American adult owns a telephone, television, 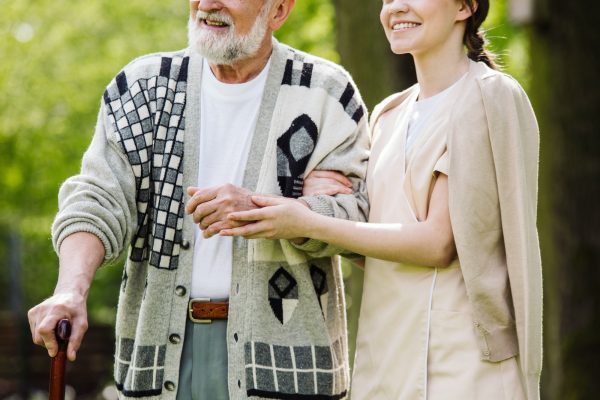 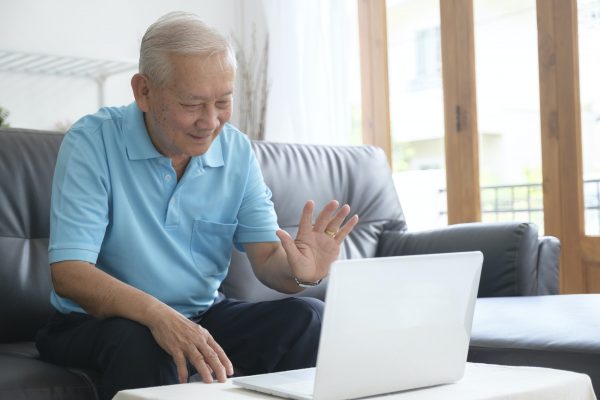 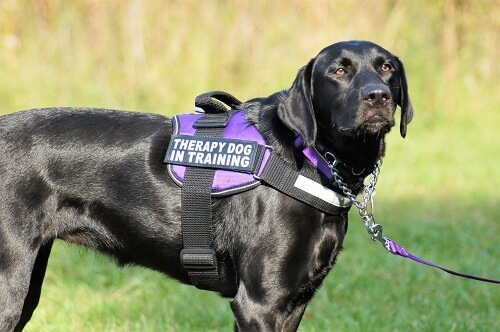